Right now half your staff are thinking about leaving. Why don’t people care about the internal career anymore, and what can you do about it?   How to improve retention 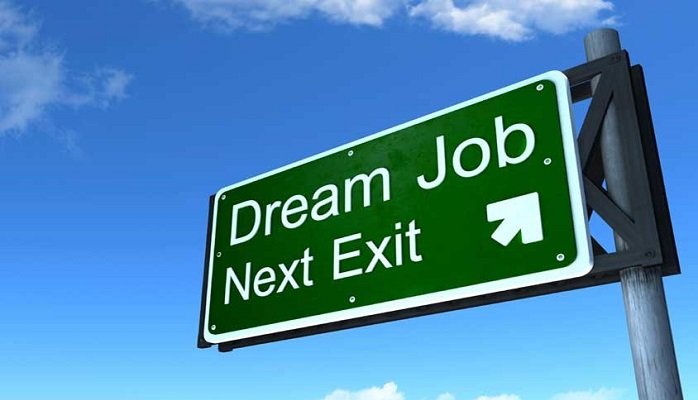 When we pitch CapabilityBuilder we share three startling metrics. Half of all first time managers fail. Half of your staff are thinking about leaving you. Half of your millennial employees will be gone in two years. In this series of three articles we dive deeper into these claims to show why you need to re-think how you manage your people.

In the second article in this series we look at employee “loyalty” and why people feel the need to keep moving.

One Eye on the Door

Like all of our claims, the headline “half your people are thinking of leaving” is a generalisation. To the extent that it’s accurate at all, it’s true of companies that have not successfully navigated away from historic people management practices. Despite being a very rough rule of thumb, it’s surprising how often the number is verified by research.

Kantar Vermeer conducted research on behalf of a consortium of large European business as part of the Insights2020 project, and this year (2017) published results showing that 49% of employees in “underperforming” companies are plotting an exit. Gallup’s State of the American Workforce report, collating data from nearly 200,000 employees collected in 2015 and 2016, put the figure of employees considering a change of employer at 51%. The Society for Human Resource Management’s Job Satisfaction and Engagement Survey for 2017 put the level at just 40% (but this may be the conservative end of the range because they are likely to be reaching employees actively engaged by their members). Many of these figures are collated with a long list of useful people-related research by Access Perks.

The numbers of people looking at the exit sign has been growing, which should worry employers who have been putting more and more resources into employee engagement and retention. Back in 2011 Mercer, a major international consulting firm, conducted research across multiple countries and found that back then only 32% of American workers were on their way out. Although they added that an additional 23% had “checked out” (what we would usually call disengaged). In 2005 their figure was just 23%.

But We Try So Hard

Back in 2012, when Bersin by Deloitte published their comprehensive Employee Engagement Market Review, US employers were already spending $750 million per year on employee engagement. They found that the market was only half served, and so by now employers are on their way to spending one-and-half billion dollars. The amounts spent in other markets are just as significant.

Despite this spend, and an increasing focus on what is now often called the “employee experience”, disengagement and exit-intention metrics are going up and up, while other key metrics like retention and diversity are not budging.

The problem is that while we want people to work hard, innovate and take risks, and stick around, employees know the traditional career is dead. They know this because employers having been telling them so for years. They know it because, whatever their employer says, what is measured is output or KPIs they cannot control. They know it because employers are constantly talking about “flexibility” and the “gig economy”.

No amount of perks, bonuses, feedback, recognition or communication will distract people from the underlying reality that they cannot count on their employer for ongoing employment. Workers aren’t daft. They know that they must take responsibility for their future employability in a dynamic and often brutal market. Employees think about leaving for all kinds of reasons. In happier times it was a truism that employees didn’t leave jobs, they left bosses. That really isn’t true any more. People will endure almost anything for a pay packet (although disengaged workers are barely worth paying). They leave when they fear staying put will mean that when you eventually do sack them, they will be uncompetitive.

While employees know that they aren’t getting a job for life, a frank conversation can work wonders. Be open to them telling you what experience and skills they want to develop in order to transition over time to the next role they want (or perhaps even the next role they think will emerge). Explore how supporting them in that journey will add value to your business. Actively seek to develop people for internal promotion, while making sure those opportunities are open to everyone and distributed fairly. But also recognise that they will most likely move on one day and celebrate their “graduation”.

Historically managers feared training people because they would leave. If you don’t train them, they’ll leave anyway and probably must faster. If you engage with them now to grow their skills and their career you will enjoy a two-part dividend.

Investing in people holistically will restore their trust in you, and their interest in their work. Studies show that engaged employees deliver 22% higher productivity.

You also get a time dividend. If you and your employees are collaborating to produce better results for you and for them, they have a personal and long-term incentive to stick around. And it’s cheap. With the help of a good strategic vision for people and culture, and learning and development, some good content, and active front line managers, most career mapping, professional development and growth opportunities can be delivered free or close to it. It is much cheaper than paying over the industry norm, performance bonuses or expensive external courses. And if the net result is engaged employees that stay even an extra year or two, the value to your bottom line is enormous. Bear in mind that every time an employee leaves it costs you 3-6 months of their salary or more in recruitment costs and lost productivity.

It might not sound as nice as bonuses and perks, but sitting down with people to strike a clear, two-sided bargain is the best way to get their eyes off the exit sign and back on their work.