Up to half of all first time managers fail. Why does it happen, and how can you stop it? 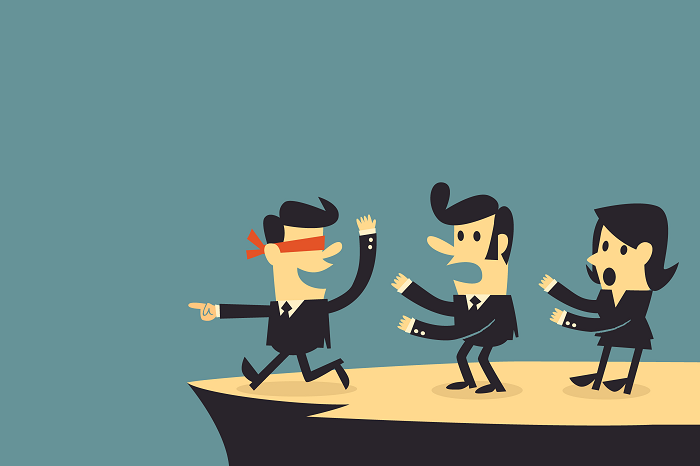 When we pitch CapabilityBuilder we share three startling metrics. Half of all first time managers fail. Half of your staff are thinking about leaving you. Half of your millennial employees will be gone in two years. In this series of three articles we dive deeper into these claims to show why you need to re-think how you manage your people.

First up, we look at the plight of first time managers.

Is it really true that half of them fail? What does it mean to say they fail? If this is really happening, why are we letting it happen and what can we do about it?

Is it really half of all managers?

It depends on who you ask, really. “Half” is just our way of saying “it’s way, way too many and that’s no accident”. If you think we’re being a bit alarmist, consider that the conservative estimate is over a third. The more extreme estimates say it’s twice that.

Research conducted by Leadership Management Australasia, and reported in the Australian Financial Review puts the failure rate at 29%. Meanwhile, research by Gartner affiliate CEB (reported on their website and in Business Insider) suggests a failure rate of 60-70%.

What do you mean by “fail” anyway?

Okay, “fail” is a pretty broad term. The studies we’ve looked at define failure broadly as “fail to live up to expectations in their first two years in the role” or similar. In other words after two years of struggling, a third to two thirds of first time managers can’t do everything their employers expect of them (or can’t do it well enough). This places those managers at grave risk of career stagnation, loss of earnings or even unemployment. Meanwhile, whatever real value is represented by those unmet performance expectations, whether it be team engagement and retention, productivity or innovation, it is being lost to the business.

Surely this very bland definition paints a bad enough picture of life at the most vital level in any business.

For some managers “failure” is much worse. According to CEB 3% of managers “fail spectacularly”. Certainly among that large cohort who are struggling to keep their heads above water, some are burning out, some are slipping into defensive practices that help make large organisations famously bureaucratic and risk averse, and some are bringing whole teams or projects crashing down with them.

How does it happen? Surely senior managers know?

As we’ve argued before new managers and team leaders struggle because they get too little training that often arrives far too late. This is borne out by research showing that most leaders are underprepared and only half feel they get the coaching and other support they need when they arrive.

We also take the view, from our own interviews with frontline leaders, that performance expectations are not being met because managers don’t know what they are. The thing managers fail at, hate most, and try to avoid is managing people. According to CEB half of the managers they surveyed would prefer not to tackle people challenges, and many delegate those responsibilities to “informal managers”. People-related tasks are inherently stressful, but they are made much worse by HR systems that require documentation and statistical inputs, but provide no practical guidance or content for goal setting, assessment, professional development and measuring “underperformance”.

Managers cope by colluding with employees to deliver meaningless, easy to reach goals, bland ratings and boilerplate feedback. They also default to their technical skillsets and end up micromanaging, working as the saying goes “in the business not on it”. But as long the metrics keep flowing and business as usual chugs along senior leaders are often none the wiser.

Despite all those clever dashboards and other reporting systems, there are no mechanisms to reveal the numbers of people making do and slowly burning out, or to tell leaders how much better they could be doing.

So if you’re not doing something very different to prepare your future leaders, support them when they get promoted, and drive a new, more open kind of people system, half your managers are failing and you probably don’t even realise.